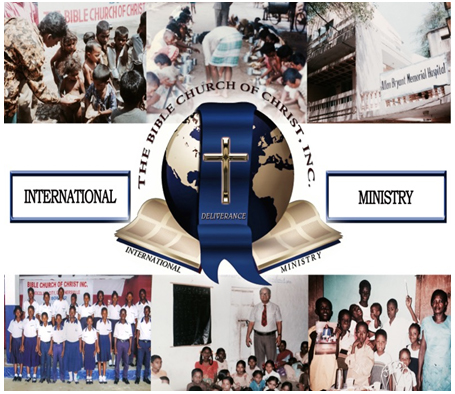 But ye shall receive power, after that the Holy Ghost is come upon you: and ye shall be witnesses unto me both in Jerusalem, and in all Judaea, and in Samaria, and unto the uttermost part of the earth. ACTS 1:8

The Bible Church of Christ, Inc. founded the Foreign Missions program many years ago by the Pastor, Bishop Roy Bryant, Sr., D.D. in order to reach out and support various ministries in foreign countries. We are known internationally, and have received hundreds of letters from many churches requesting support and/or affiliation.

We esteem this ministry very highly as it gives the church an opportunity to provide financial support to those who are in need and also send letters of encouragement and comfort to strengthen their faith in Jesus Christ. Many of the third world countries are impoverished, request Bibles, books medicinal supplies, magazines, journals, or any information that they can read and cherish as their own.

The Foreign Missions program has primarily been established to support ministries in need. We support the Bryant memorial Institute in Chocolate City, Liberia, West Africa, which was established in honor of Bishop Roy Bryant, Sr and Mother Sissieretta Bryant's son Allan, who was hit by a car and has gone home to be with the Lord. The school provides and education for hundreds of children.  The finances provide administrator/teachers' salaries, supplies and the maintenance of the facility. In 2008 - 2009 an auditorium, laboratory and cafeteria were built to enhance the academic growth of children. The auditorium accommodates more than 700 Students.

In Liberia,West Africa West Africa I was called to a mister's home. I had never witnessed anything of this sort. A lad approximately, 12 years old had Malaria Fever. I looked at him: he was alive, but looked as if he was half dead. I laid hands on him and prayed. At that moment, he became alive and radiant. We all began to praise God. The same night he came to the meeting testifying to the people about what had happened to him. There was great joy among the people as he glorified God with all his voice and strength. It caused us to realized afresh that God had manifested his glory amongst us. Many more miracles were preformed that night in Africa amongst God's people, because of this young man's testimony, many ministers and other people received the Holy Ghost and miraculous healing.

Furthermore, in loving memory of Allan Bryant, Bishop Roy Bryant Sr., and Mother Bryant's late son, we have dedicated our International Missions. At the age of eleven, Allan received baptism of the Holy Ghost and he longed to know more and more about Jesus and heaven. Following a bicycle accident. Allan, at the age of eleven and a half was called home to be with the Lord. Within two weeks of his death on May 31, 1964, as many as 16 of his little playmates received the heavenly gift of the Holy Ghost. They opened their hearts even as Allen Bryant had to Jesus, who he had come to love so much.

Programs have been established in his name to give love and aid to children and communities in our locations in Africa and the Philippians.

In 2009, a typhoon hit the county of Manila, Philippines and caused catastrophic damage to the island. Approximately 28 children lost their lives and their cottages were destroyed by the storm. Financial assistance was sent to rebuild one of the cottages which was demolished and has since been reconstructed in honor of The Bible Church of Christ, Inc.

There is great rejoicing front broad when they receive just one letter from America. Our financial support is of the essence, yet we must not forget to send our prayers. Through our prayers, God will bless and open other doors for assistance that is so desperately needed, not only naturally and physically, but financially. 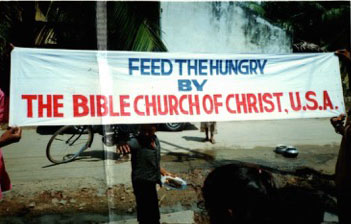 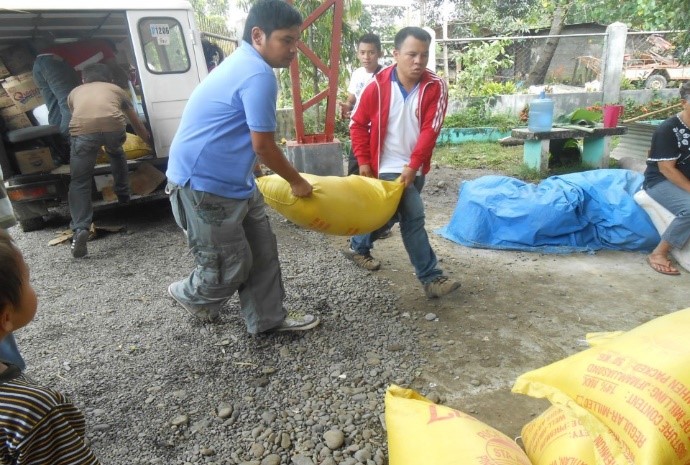