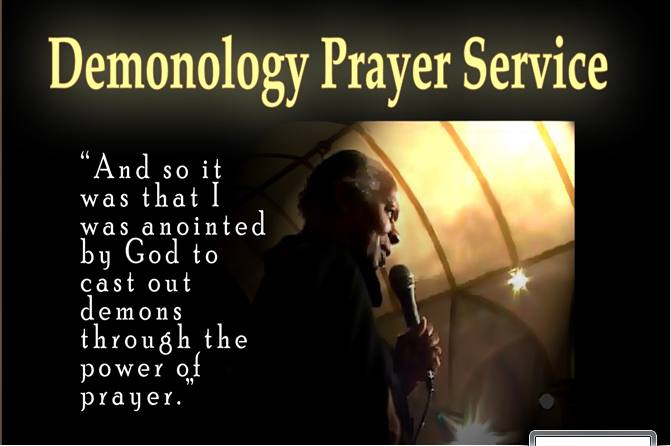 One of the greatest theological controversy of all times has been the question; "Can a Christian have a demon?" Only those who have been set free through demonology can by experience answer this question. I also use to fight that a Christian could not have a demon, but God delivered me from a demon of pride. This was very shocking that this could happen to me. I had been preaching the gospel for years. I was the leader of a church. I had healed thousands of diseases and injuries, yet, there I was with a demon. This was a moment in my life when God had sent his power to show me how I might bring a more powerful deliverance to the souls of this world.
I thank God for Derek Prince, also a Deliverance Minister. I went to him and both he and his associates prayed for me. I felt myself jerk and my body stiffen and then the demon came out of me. God taught me a lesson. We can fool everyone but ourselves. This is how I came on to the path of the healing and deliverance of Demonology.

God has highly anointed, Bishop Roy Bryant, Sr. D.D., By the Power of the Holy Ghost, to cast out demons since the beginning of his ministry. More can be learned by reading his books on Demonology: Manual on Demonology, Diary of an Exorcist; and satan the Motivator, The Battle between God and satan, and Who’s In Your Body With You.

My demonology ministry began one night when I was called by the Lord to go and pray for a young girl whom I did not know. When I arrived at my destination, there were hundreds of people waiting. When I walked into the room, I asked the girl's mother" "Who sent for me?" The mother said, "I did. My daughter needs to be delivered."  I explained to her that “I was not yet an ordained minister.” The mother said. “I do not care about that, I sent for you because my daughter is sick."

I followed the mother into her daughter's room. I was so shocked by her condition that I wept. The young girl was curled up in a ball. The spirit “swearer” moving all over her and inside her body; it made me weep. As I prayed and cast the demon out, she unfolded from her ball-like position; and she became herself, only a little girl about seven years old. She was healed and she stood up in the middle of the bed. None was more overwhelmed by this than I. I had not known that God had empowered me to cast out demons through prayer. I then praised God with such vigour that my body shook so forcibly, I thought it might burst from the anointing. There was such a powerful connection between God and my body.

At that moment, and as the people around began to praise the Lord, I found myself having an out-of-body experience. I was rising above the clouds. As I rose, God spoke to me and said "There is a path between the bushes, you will see a man and he will be going through the path. Follow him." As I came closer to earth. I saw the man and followed him through the path. We soon arrived at a tremendous body of water. People were being baptized by the thousands. Ministers were there by the hundreds. I laid hands on them and they began to speak in tongues. I saw a little child who was looking at me and wanting to be blessed. I laid my hands on her. She began to speak tongues so beautifully.

And so it was that I was anointed by God to cast out demons through the power of prayer and to lay hands for the receiving of the Baptism of the Holy Ghost.  Much like the power of healing, this power comes directly as an anointment from God.

What is Jesus talking about?

Demons lodge themselves in our eyes, hands, tongues, sexual organs, and other parts of our body; including the mind. This is what happens to a sinner and they can become possessed. However, spirit-filled believers are not fully possessed if we are walking with Christ, however, if a believer backslides/turns back from Christ, he can not only become possessed, but even reprobate.
Know ye not, that to whom ye yield yourselves servants to obey, his servants ye are to whom ye obey; whether of sin unto death, or of obedience unto righteousness? Romans, 6:16

We have many problems with our ministers and our churches because of demonic activity. I fought and fasted. I prayed and cried out to God for a long time. Here I had been preaching the gospel and leading my church and yet there I was praying that God would cast the demon of pride out of me. It was in my chest and I felt it swell. I also felt the Holy Ghost in other parts of my body.

From here I have dedicated myself to battling with the spirits of Satan through the Healing Power of Prayer and Exorcism. Many things in our lives trouble us. Many of these troubles are demons that have come from Satan. With the Power of the Holy Ghost, we can cast out these demons and direct souls to walk with Jesus. 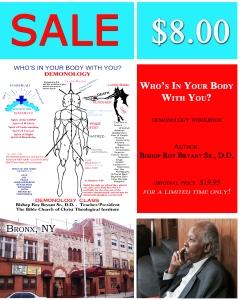